NIKITA Cans are out of stock until late May. We do have sixtel kegs available.

Nikita began its life as Sputnik 2, the second beer in our Sputnik Brewer’s Series. With an innovative addition of rye to a classic Russian Imperial Stout recipe, Brewer Brady Alden’s Nikita is bold, roasty, and smooth. 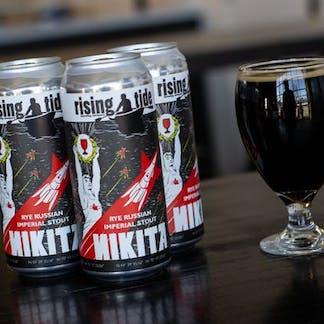